Going through my writings, I found this one today.   I had written it to share in church,  speaking openly about my doubt.  But I was unable to do that, so I have not shared it until now.  I look at this as the beginning of the space I am still in.

My parents did everything right.  I grew up in a home filled with love.   God’s love was communicated to me at an early age through my parents, my church, my community.  This continued through the years by attending a Christian school from kindergarten on up.   There were Bible summer camps, mission trips, and even my parent’s ministry in the city of Detroit.  My whole world was  founded in Christian teachings and for years I never thought twice about what I knew.  It was my everything.

I always assumed that as I grew older things would only become more clear, more solid and more real.

For a while, I seemed to be on that path.  But then life happened.  And, it wasn’t just one thing.  Lots of things.  People I met, situations I encountered, things that put me outside of my bubble-my comfort zone.  And though my parents even did plenty that stretched us as a family, these encounters were different.  They didn’t make things more black in white for me, there were questions.  And things felt like they were fading, there was so much gray.

The turning point for me was becoming a mom. Eight years ago we welcomed our first child.  She has soaked everything in that we have shared with her.  She loves the Lord.  But what I began to realize was that everything that poured out of her mouth, were my words, her teacher’s words, the things we told her.  If she had a question, there was always an answer.

And that, that is what sent me spiraling.

I realized that is what my faith was.  It was formed by those who taught me.  My truth was whatever my teachers had believed.  I remember thinking as a younger person SO many times, I’m so lucky that I was born into a family who had all the truth, no questions asked.           Isn’t that just amazing?         So many other people out there thought they had the truth.  But, they were wrong and we were right.

It’s been a hard journey for me.  The past several years have been filled with serious doubt and never ending questions.  Less and less answers, less and less clarity.

To be clear, I am forever bound to my faith.  But that faith was changing and it has been a very scary process.  For those who grew up with faith, can you imagine all of that being slowly stripped away?  For those of us in the Christian community, it seems as though questions are looked down upon and it hasn’t been easy for me to be honest with those around me and even with myself.

The good news is that I’ve found community through this that has challenged me and given me hope.  There have been some friends, some family and most recently, some great books.

Before we left for Maine a few weeks ago I picked up a book by a woman younger than me, Rachel Held Evans,  whose life has looked a lot like mine.  She too, had questions after years of certainty and  now had very few answers.  But, her approach to these was one I desperately needed to hear.  For her, there were no clear answers, but she knew enough to be open to change, to love God with all her heart and to allow these questions to reshape her faith.  Here is a quote from her last chapter called “Living the Questions” that deeply touched me.

“I sometimes wonder if I might have spent fewer night in angry, resentful prayer if only I’d known that my little systems-my theolgy, my presuppositions, my beliefs, even my fundamentals-were but broken lights of a holy, transcendent God.  I wish I had known to question them, NOT Him.  What my generation is learning the hard way is that faith is not about defending conquered ground but about discovering new territory.  Faith isn’t about being right, or settling down, or refusing to change.  Faith is a journey, and every generation contributes its own sketches to the map.  I’ve got miles and miles to go on this journey, but I think I can see Jesus up ahead.”

I promise, I’ve got more to talk about than my doubts.  I just wanted to share this, something I had meant to do quite awhile ago. 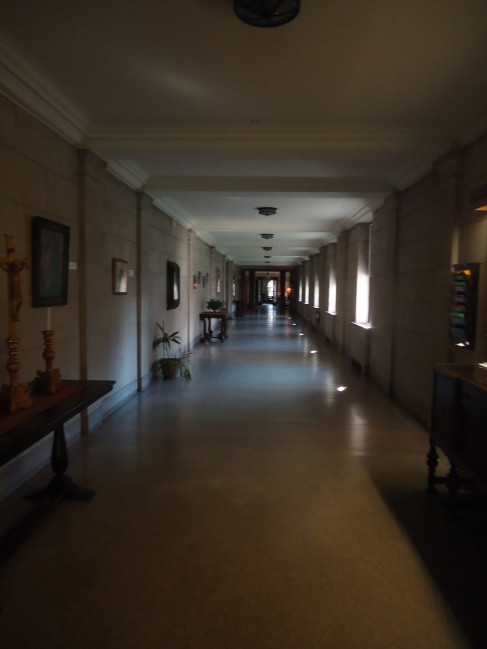