On Friday afternoon I was having fun coaching the local elementary school running club. I finished up and Will and I headed home together around 4pm. I checked my phone and saw that I had received a few calls from Abbey.  She left me a voicemail.

Hey mom, I’m on my way home. Sorry I’m late. There was stuff going on with my friends. I’ll be there in 10 minutes. I’ll tell you more then.

We walked in the house and I headed to the kitchen for a glass of wine.
The boys were hanging out and I waited for Abbey to walk in the back door.  I heard her open the gate and peaked  out the window to see her putting her bike in the garage.

I will cut to the chase- this is where I hit the HIGH AND MIGHTY teenager wall. I get no response but some serious emotion. Whatever she’s feeling is coming straight at me. I try for the next few hours to get a hint of what her voicemail was about.

I get a lot of attitude.

Drew gets home from work and I ask if we can do something for dinner that doesn’t involve doing  dishes after.  He’s game for whatever. We tell the kids to put on their shoes and head out the door for dinner. Abbey begs us not to come. She’s facetiming with her friend and she says she isn’t hungry.  I think she should be spending time with us, but I know whatever has this highly emotional bee in her bonnet has to do with her friends. I tell Drew, let’s just go.    She’s happy to stay home alone.

The rest of the evening is great with the boys but an emotional rollercoaster with Abbey. In the end, Drew tells me to back off and let her be. She’s not talking and I need to let it go for now. I shut down our house for the evening with an unsettled feeling. But, sleep must come.

You know I don’t sleep well, my kid is a wreck.

Of course, everyone else sleeps deeply.

The next morning is a new start. We launch straight into the day we have ahead of us.

Then, a brief rest.

During this downtime, Abbey is facetiming away, again, with her same friend. I know she’s got stuff to do before her next game but I let them chat. There is something under the surface that is still going on.

I’m go up to my room to do more  laundry and when check Facebook.

There’s a status update that stops me in my tracks.

Remember several months ago when I wrote about Abbey’s friend Ryan?  I shared about how Abbey had told me her friend was transgender. This led to conversation. Conversation led to thinking. Thinking led to interest Interest led to relationship.  It led to Ryan becoming a part of our lives. Abbey and Ryan became very good friends.

I saw that Ryan’s mom had posted about an incident on Friday afternoon that took place in the school locker room. It was after gym and a large group of girls were all in there together.  Some words were said and then those words became harsh. A few girls directed more hate talk towards Ryan and it got ugly.

Ryan defended herself, words flew between them. They were specifically directed at the fact that she was transgender. Hate and fear began to ricochet off the walls.

When I saw this status update I knew this was why Abbey was a mess. All this facetiming had been with Ryan and it was now coming together for me. I wrote Ryan’s mom to tell her how angry and sorry I was. I wanted her to know that Abbey, myself and our entire family was on their side.

Here’s the bottom line for us.   We love Ryan.

But can we agree on one thing?

We can love, respect and give each other’s space to live our own lives. We can come together on the fact that our children should never treat each other in ways that will cut them to their core.  People should be  important and valued for who they are.

The locker room is a place to get changed for  or  cleaned up from gym class.

It’s not a place for an open season on hate.

Isn’t middle school hard enough as it is?

I really and truly believe in our children. I think that they have the potential to spread the kind of love that will change the world.

I don’t know anyone who would take pleasure in Ryan  being torn apart publicly for who she is.

But still, it happens.

So until it stops, I won’t be silent.   I will teach my kids to speak up.

C’mon friends, I know we can do this.

Can we agree on love?❤️ 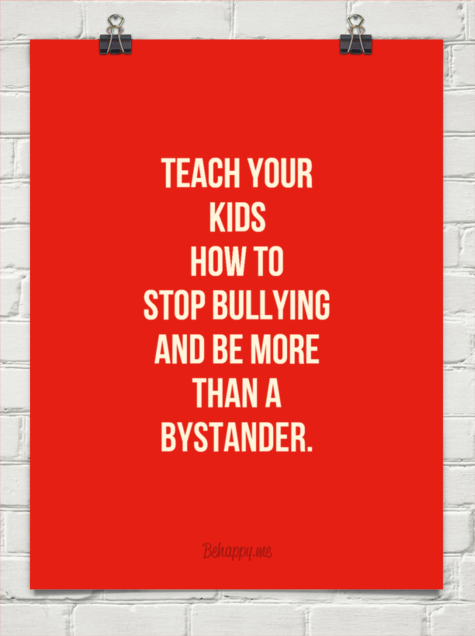