Late November I realized how close I was going to be.

I had less than two hundred miles left to run in order to reach the 2,000 mile mark for this year. The more I thought about it, the more I wanted it. I wanted that 2,000, plus 18 more. (Because, why not? Runners are weird.)

No reason really, it just felt right. A way to mark a year that was significant around here. A way to finish the way I try to finish every race- with everything I’ve got or whatever I have left.

Last year on the day before Christmas, Drew and I went out to Morton Arboretum for a long run. It had just started to snow when we arrived and by the time we left, there were already several inches on the ground.

It was quiet, peaceful and felt perfect. What an beautiful way to end 2017 and to look ahead to 2018. Maybe it was a sign of the year ahead?

Running along the Salt Creek path last week I thought about how reaching so many miles for me this year was directly correlated to all the things we faced, both good and bad. When the going gets tough, or the anxiety gets overwhelming, I hit the pavement. I hit a lot of pavement this year.

As I write this, I’m close- 1,1890. And as long as I stay out of trouble, it won’t be hard to reach my mark. But while I work for that goal, I can’t help but look back at so many of the runs already in the book.

Those early morning therapy runs with my neighbor, Anna. We would meet up whenever we were able and unload whatever it was that was dominating our brains. Both having 3 kids, same genders and the exact same ages, she was the perfect person to remind me that I wasn’t alone when I felt like I was going crazy. She was also the first person to show up at our house after Josh’s accident. He was still in surgery while she unloaded several grocery bags of food onto our porch, ready to feed this stunned family.

The 20 mile training run I crushed in early April. The weather was terrible but I had a tailwind the entire way. I shocked myself with the strength and speed I had. The work I had put in for my nearing marathon was evident. I felt hopeful. I felt amazing.

Then, weeks later, it was the sprint of a lifetime. Wearing heels, dress clothes and my wet hair slapping my face and neck, I ran down our block and around the corner into a crowd of the most terrifying flashing lights and sirens I had ever experienced. They saw me coming and as I made my way through the crowd, they knew I was the mom. I ran up those shiny ambulance steps to see my 14 year old son crying, bloodied and broken.

The last long run before the Bayshore Marathon. My sister and brother in law were in the car, coming Chicago while I sent her the most desperate, primal texts during Josh’s trauma. (They’re trying to stop the bleed pressing on his brain, emergency surgery,  YES, come to Chicago now!)  My family took care of us until he came home from the hospital. Then, on nearly zero sleep and minimal calories, she talked me through 18 miles. A run that made me dig as deep as I could under the blazing hot sun, up and down the hills at the Arboretum. My sister talked me through some tough moments that week. 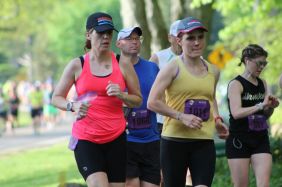 The Bayshore Marathon. My gut was angry and my anxiety was crippling. My sister told me that she didn’t care how many times I needed to stop, she was running with me for the long haul. She meant it and I knew it. And then somehow, a PR.

Relay Iowa. 339 miles across the state with 12 teammates who became instant friends. Late nights, endless snacks, emotional breakdowns, deep laughter, exhausted legs, hard rain and even a tornado. It was just what I needed to recover from the trauma a few months before. 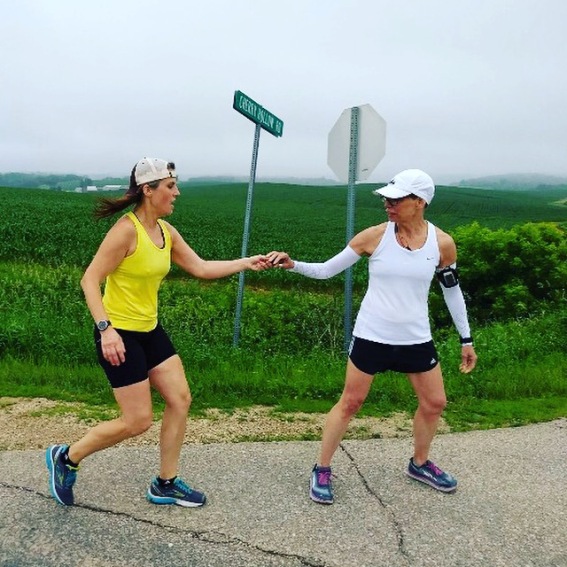 Hand off with Ann

There were so many solo runs. So much time to process all that was going on. So many hours alone along paths in the woods or winding the streets through my neighborhood or taking on the hills in the Arboretum.

I listened to endless podcasts. Judge John Hodgman, The Sporkful, Pop Culture Happy Hour, The Nod, Armchair Expert, Hidden Brain, Survivor Recaps (don’t judge me) Pod Save America and more from all these people that felt like friends.

I added so many new songs/albums/artists to my playlists. The Greatest Showman soundtrack, Brandi Carlile’s The Joke, MILCK, Chance the Rapper’s song Finish Line, The National’s song About Today, some Rainbow Kitten Surprise, some AWOLNATION and a lot of pop songs I’d rather pretend I didn’t like so much.

This fall I ran the Chicago Half Marathon and got a PR. A few weeks later we went to Maui and I shaved four more minutes off that. I took on Madison a few months later and my time fell right in between those. 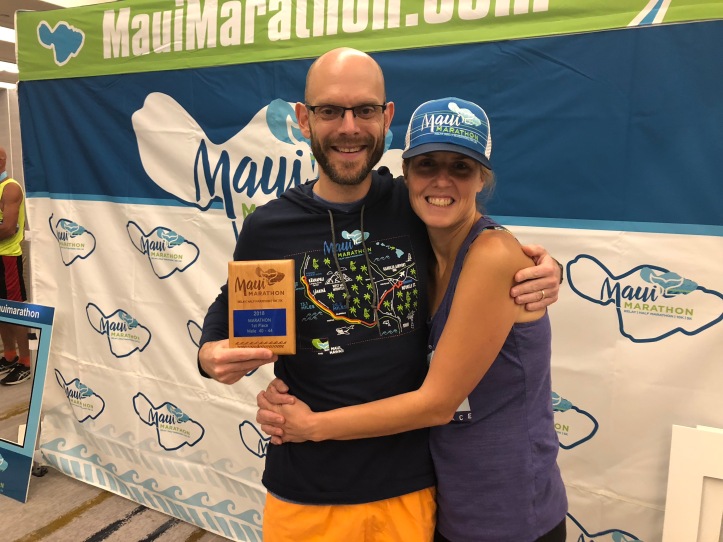 Drew won his age group in the full marathon 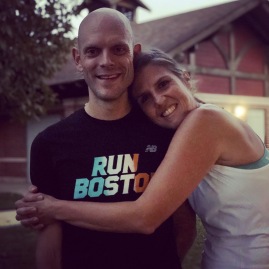 We celebrated our 20th anniversary with a group run with friends. 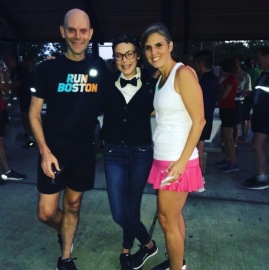 Abbey served us Gatorade for the anniversary toast.

Drew and I celebrated 20 years of marriage by finding a marathon in Maui and making it a great excuse to run and get away. We ran, hiked, swam and rested. We had an incredible time together. Simple, incredible. We talked a lot about how crazy it was that two kids who barely knew each other when they got married had made it here today. And even more, we still liked each other.

More than anything else, parenting teenagers has fueled the need to get out and run. Loving them, hating them, trusting them, losing trust in them, being happy for them, being heartbroken for them, being hurt by them, hurting them, starting over with them, walking through so much unknown with them, navigating this big crazy wonderful terrifying life with them. ALL of that pushed me out the door and on a long run more times than ever. I wanted to just get lost on those runs sometimes.

I guess I’d say my goal for 2019 is to keep doing what I’m doing. Maybe get a little stronger and a little faster. Just be thankful for legs that have become a little leaner and a bit more muscular.  Keeping taking care of and giving recognition to these lungs and a heart that allow me to get out and do what I love.  Another year of  running as a way to traverse this life that I live and never know what is coming next. 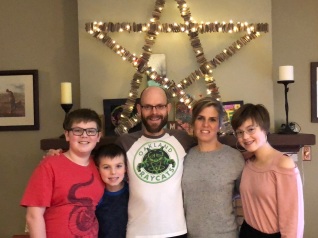